Is the nation in a coma?
Europeans believe that Indian leaders are too blinded by new wealth and deceit to comprehend that the day will come when the have-nots will hit the streets. 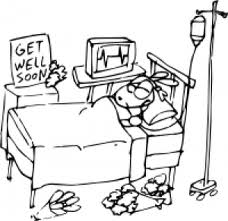 A few days ago I was in a panel discussion on mergers and acquisitions in Frankfurt, Germany, organised by Euroforum and The Handelsblatt, one of the most prestigious newspapers in German-speaking Europe.

The other panelists were senior officials of two of the largest carmakers and two top insurance companies — all German multinationals operating in India.

The panel discussion was moderated by a professor from the esteemed European Business School. The hall had an audience that exceeded a hundred well-known European CEOs. I was the only Indian.

After the panel discussion, the floor was open for questions. That was when my “moment of truth” turned into an hour of shame & embarrassment — when the participants fired questions and made remarks on their experiences with the evil of corruption in India.
The awkwardness and humiliation I went through reminded of The Moment of Truth, the popular Anglo-American game. The more questions I answered truthfully, the more the questions got tougher. Tougher, here means more embarrassing.
European disquiet
Questions ranged from “Is your nation in a coma?”, the corruption in administration, even in judiciary, the possible impeachment of a judge, the 2G,telecom scam and to the money in billions, parked illegally in tax havens.

It is a fact that the problem of corruption in India has assumed enormous and embarrassing proportions in recent years, although it has been with us for decades. The questions and the debate that followed in the panel discussion was indicative of the European disquiet. At the end of the Q&A session, I surmised Europeans perceive India to be at one of those junctures where tripping over the precipice cannot be ruled out.

Let me substantiate this further with what the European media has to say in recent days.

In a popular prime-time television discussion in Germany, the panelist, a member of the German Parliament quoting a blog said: “If all the scams of the last five years are added up, they are likely to rival and exceed the British colonial loot of India of about a trillion dollars.”
Banana Republic
One German business daily which wrote an editorial on India said: “India is becoming a Banana Republic instead of being an economic superpower. To get the cut motion designated out, assurances are made to political allays. Special treatment is promised at the expense of the people. So, Ms Mayawati who was Chief Minister of the most densely inhabited state, is calmed when an intelligence agency probe is scrapped. The multi-million dollars fodder scam by another former chief minister wielding enormous power is put in cold storage. Prime Minister Manmohan Singh chairs over this kind of unparalleled loot.”

An article in a French newspaper titled “Playing the Game, Indian Style” wrote: “Investigations into the shadowy financial deals of the Indian cricket league have revealed a web of transactions across tax havens like Switzerland, the Virgin Islands, Mauritius and Cyprus.” In the same article, the name of one Hassan Ali of Pune is mentioned as operating with his wife a one-billion-dollar illegal Swiss account with “sanction of the Indian regime”.

A third story narrated in the damaging article is that of the former chief minister of Jharkhand, Madhu Koda, who was reported to have funds in various tax havens that were partly used to buy mines in Liberia. “Unfortunately, the Indian public do not know the status of that enquiry,” the article concluded.

“In the nastiest business scam in Indian records (Satyam) the government adroitly covered up the political aspects of the swindle — predominantly involving real estate,” wrote an Austrian newspaper. “If the Indian Prime Minister knows nothing about these scandals, he is ignorant of ground realities and does not deserve to be Prime Minister. If he does, is he a collaborator in crime?”

The Telegraph of the UK reported the 2G scam saying: “Naturally, India's elephantine legal system will ensure culpability, is delayed.”
Blinded by wealth
This seems true. In the European mind, caricature of a typical Indian encompasses qualities of falsification, telling lies, being fraudulent, dishonest, corrupt, arrogant, boastful, speaking loudly and bothering others in public places or, while travelling, swindling when the slightest of opportunity arises and spreading rumours about others. The list is truly incessant.

My(MOHAN'S) father, who is 81 years old, is utterly frustrated, shocked and disgruntled with whatever is happening and said in a recent discussion that our country's motto should truly be CHANGED TO Asatyameva Jayete.
Europeans believe that Indian leaders in politics and business are so blissfully blinded by the new, sometimes ill-gotten, wealth and deceit that they are living in defiance, insolence and denial to comprehend that the day will come, sooner than later, when the have-nots would hit the streets.
In a way, it seems to have already started with the monstrous and grotesque acts of the Maoists. And, when that rot occurs, not one political turncoat will escape being lynched.
The drumbeats for these rebellions are going to get louder and louder as our leaders refuse to listen to the voices of the people. Eventually, it will lead to a revolution that will spill to streets across the whole of India, I fear.
Perhaps we are the architects of our own misfortune. It is our sab chalta hai (everything goes) attitude that has allowed people to mislead us with impunity.
No wonder Aesop said. “We hang the petty thieves and appoint the great ones to high office.”