Social network users are trading jokes about the state of the rupee with the dedicated regularity of business channels rolling out doom-and-gloom headlines on the economy. 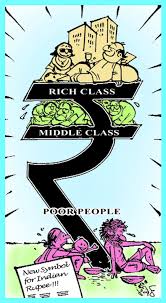 “The dollar is on an escalator and the rupee is on a ventilator” goes one witticism.

“I heard the rupee is falling, please tell me where I can collect it?”, one network user wants to know.

“Finally it has happened…After decades, beer is now cheaper than petrol! There will be a new slogan: Just Drink, Don’t Drive!” and “A kg of onions can now be bought at the Dollar Store.”

Faking News, a local takeoff on the satirical American website The Onion, had the headline: “India is ready to talk to dollar to strengthen rupee-dollar relationship.”

Everybody has something to say about the falling rupee and rising prices of petrol and onions, from stand-up comedians on Twitter (Tanmay Bhat: I think if the Chinese knew how bad the rupee was doing, they’d leave Arunachal Pradesh alone). Jokes using Hindi movie and song references flooded Facebook accounts and mailboxes, such as a fake news item about the third part of the Hindi movie Race, saying, “Race 3: Who will reach hundred first, dollar, petrol or onion?”

Cartoonist Hemant Morparia, who has done a series of cartoons in the tabloid Mumbai Mirror on the economic crisis, said humour thrives in crisis situations. “One of the cartoons I did was on the rupee heading into a dustbin in which there is also Manmohan Singh’s PhD in Economics,” he said. “All non-lethal yet stressful situations that are life-threatening lend themselves to humour. Amateur comics yet to be discovered are producing a lot of the jokes, such as the one about the dollar being on an escalator and the rupee on a ventilator. The more, the merrier.”

From policy paralysis to political unwillingness to push reforms, experts have a range of reasons for the rupee’s alarming decline. One of the most interesting theories put out is that it is the symbol of rupee which is responsible for the bloodbath. According to a report published on

Washingtonpost.com, Vaastu shastra experts in the country say that the rupee symbol debuted on an inauspicious day and the horizontal line across the symbol appears to “slit the throat” of the currency.

Celebrity astrologer Bejan Daruwalla disagreed that the problems lay with the rupee’s design. He said, in all seriousness, the bloodletting would cease from November. “From November, the position of Jupiter, the planet of good luck and fat money comes in the chart of India very strongly,” he said over the phone. “The rupee will improve against the dollar and so will the share market. There is nothing to panic. The prime minister, whom I like very much, is under the influence of Saturn and Saturn itself means slow growth, delay, scams coming out and rupee getting weaker day by day against the US dollar. Even the PM’s stars will improve from November.”

Meanwhile, the man who designed the rupee symbol, Udaya Kumar Dharmalingam, was unperturbed. “Things were different at the time I designed the rupee symbol and things are different now,” he said in a phone interview. “I don’t think I’m the right person to comment on economic affairs—I’m a designer. If you ask me about the design, I can tell you,” said Kumar, who teaches visual communications at the Indian Institute of Technology (IIT) in Guwahati. He added, “I do hope things change for the better.” (26-08-2013)