The Congress party high command in Delhi appears serious on T-issue. But, unwilling to entertain deadlines set by the Telangana Joint Action Committee. This is the impression at least I get from its recent initiatives.
Though, it not ‘cared’ the deadline set by the T-JAC, it did come out with some statement providing it as a face-saving device to their legislators and MPs belonging to the region. 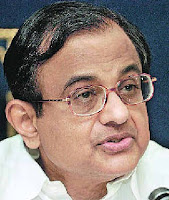 Yet again, Union Home Minister P Chidambaram made a statement saying the Centre on verge of forming a 3 or 5-member judicial committee headed by a retired Supreme Court judge. However, he did not elaborate on the terms of reference of the proposed committee. Will the Committee strictly adhere to laying the road map for creating a separate statehood? Or looking into the possibilities and impossibilities on bifurcation issue? .This is what bothering the T-JAC members, who still express their ‘fears’ over the Centre’s ambiguity.

On the other hand, the T-JAC stand is ‘loud’ and ‘clear’. All though it’s single line demand has been ‘fix the time frame for bifurcation process.’ It has extended its deadline from January 28 to February 7, with a fond hope that the Congress party high command will adhere to its promise by forming the proposed Judicial Committee and spell out the time-frame in completing the process required for bifurcation of the state. At the same time, it had taken all precautions by advising its district committees to continue their ongoing struggles’ as per already drawn up schedules in non-violent way. This measure was to ensure no discontinuance and make their cadres become complacent.

Contrary to this, the Andhra JAC consisting of all political party MLAs and MPs of Rayalaseema and Andhra wanted to adopt ‘wait and see’ approach on the final shape of the proposed Judicial Committee. They expect, the proposed Committee should stick to eliciting views of all three region people on whether ‘bifurcation’ is feasible or not. They doesn’t like the Committee straight away set into motion ‘bifurcation’ process as reported in a section of the media that the possible terms of reference include the sharing of river waters and the status of Hyderabad.

Yet, can the other two regions Congress members dare go against their own party at the Centre decides to have such plans for the proposed Judicial Committee?

One gets mixed reaction on this pertinent question. Some Congress leaders of these two regions appear to have ‘resigned’ to their ‘fate’ when they ‘echo’ their feelings on Hyderabad. To me, it appears that they are willing to part ways, if the Centre decides to give Hyderabad a Union Territory status rather, if not retain it as a common capital for both the regions like Chandigarh to Punjab and Haryana states. Majority of the coastal Andhra and Rayalaseema leaders fears are over losing their ‘hold’ or ‘influence’ (read economic in both cases) rather than opposing the ‘bifurcation’ issue per se. They are only scared of their huge investments in and around Hyderabad City and hence they opposed to any Centre’s move.

But, will such a proposal acceptable to T-JAC? As of now, it may stand to oppose, but it too has no other option for reconciliation. When it is willing for peaceful partition, it should accept such a proposal, if the Centre comes forward with it.

In such a scenario, there can be a peaceful bifurcation for certain. Both the regional people can carry on with their normal lives in Hyderabad as usual even after ‘partition’ enjoying the fruits of the Capital’s revenue equally for further development of all backward regions in their respective states!

If the national Congress can feel proud of having yet another party government in yet another state, so can be the feeling of the Telugu Desam, which too can boast of crossing the regional barriers. I, for one, see such a scenario fast emerging, though many of my colleagues may not accept my new found ‘optimism’ (read theory) over state’s bifurcation.