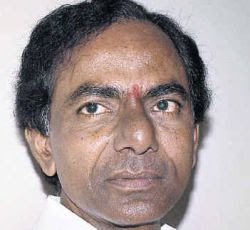 Of late, the founder president K Chandrasekhara Rao of Telangana Rashtra Samiti, formed to fight for separate statehood, appears to have indulging in unethical practices politicizing every government department and official, purely based on regional chauvinism.  To me, it appears a greatest threat to very foundations of these institutions, which were established to ensure some semblance of discipline in a civilized society.
Yes, I am very much perturbed, rather concerned, over his accusations against the Anti-Corruption Bureau, whose job is to check corruption among government servants.  If such an institution is dragged into meet one’s narrow political ends, I am scared, it bound to do more harm than good to the society as a whole.  He alleges the ACB, of late, targeting only Telangana officials framing false charges to weaken the separate statehood movement, for their active involvement.
In this context, one wishes to ask Rao whether a government servant is entitled to take active part in body politics.  Does Service Rules of government services entertain?  Should such relaxation is entertained will not there be chaos in administration?  How can a government servant hold such a grouse, especially on such contentious issues like separate statehood, while holding office and drawing salary?
Even during the independent struggle, Mahatma gave a call to all those who wanted to join the freedom struggle to quit their jobs employed by British rulers. If KCR too wanted to give such a call, he can do so.  And if those government employees belonging to the region wanted to paralyze the state machinery too had the right to choose that path.  None can object and in turn, such a major step may as well strengthen the demand for separate statehood.
Instead, while enjoying the fruits of the government, if the organizations formed on regional names just cannot take active part in a political movement like Telangana.  No such freedom is even enshrined to Indian citizen in our Constitution.  And, that’s what the ACB choose to adhere to the Government Servants Rule Book and trying to discipline those erring officials, who choose to bamboozle government funds. 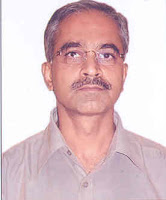 The ACB Chief, Mr Aravinda Rao, was quick to respond to the allegations of KCR and clear the air.
I, for one, wonder will such acts help strengthen the movement anyway? Will such act do more harm than good to such good cause?
Ironically, neither he nor the Telangana Joint Action Committee could bring in unanimity among the people’s representatives of the region.  Though, they came together cutting across their party lines, they preferred to part ways when it came to resignations to their public offices like MP, MLAs and MLCs.  If unanimity cannot be achieved among the people’s representatives, how can either KCR or the T-JAC impose such diktat on poor employees who joined government services with great difficulties to eke out their livelihood?Hence, it would be wise on part of KCR and his T-JAC members to restrain from indulging in such cheap gimmicks dragging in government institutions like ACB or Police or Judiciary or any other, to meet their narrow political ends.(25-03-2010)