Who’ll have the last laugh? Rosaiah or his critics? 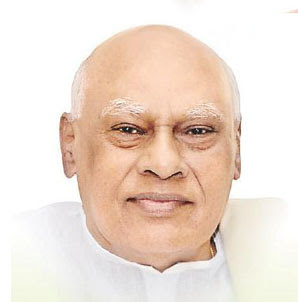 Perhaps, I haven’t come across a shrewd politician in Andhra politics like the Chief Minister K Rosaiah. Especially, in floor management! In my three-decade long career, I can confidently say, no contentious resolution was passed with so ease.

But, in case of the resolution that has passed in a ‘jiffy’ by the state assembly on Thursday, urging the Centre to bring in necessary amendment to the Constitution to retain Hyderabad in Zone VI to benefit locals, which was struck down by the apex Supreme Court, indeed commendable.

Well, there may be some dissent voices in both the treasury and Opposition benches. But, none were dare to come to the fore in the Assembly, except for the Praja Rajyam Party members demonstrating briefly near the Speaker’s podium for some time. But, the resolution was passed in no time with a brute voice vote. His ability to hold discussions with the coastal Andhra and Rayalaseema ministers and legislators in his chamber and convincing them to vote in favor of the resolution, is also appreciable.

The resolution, which favored deletion of Clause 14-F of the AP Public Employment Order 1975, popularly known as Presidential Order, may be a minor issue to coastal Andhra and Rayalaseema people as it deals only with the recruitment of police constables in city, but had it not been moved it would have given needed fodder for the Telangana Rashtra Samiti (TRS) members to spearhead the agitation yet again. And, Rosaiah would not like to take such a risk although there is no presence of TRS members in the state Assembly as they all en masse resigned protesting against the Srikrishna panel’s terms of reference. Reason behind Rosaiah shrewd move is the pending Appropriation Bill for getting the Assembly nod.

Thus far, one may have to accept that Rosaiah is not only shrewd, but also known for his better floor management characteristics. In fact, he held and played the role of Floor leader’s job in several his predecessor’s tenure, to perfection. Rosaiah is well aware that the main Opposition Telugu Desam can ill-afford to oppose the resolution which may as well boomerang on them in the wake of worked up tensions over the bifurcation of the state issue, which is pot-boiling. His calculated move to accept the demand from Opposition from moving a resolution urging the Centre’s intervention was grabbed well by shrewd Rosaiah and also executed it so well. (19-03-2010)