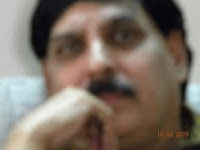 meeting held at Party headquarters in Hyderabad. Such remarks, if not restrain, bound to vitiate peace in already surcharged political environs in the region in the wake of by-elections due later this month.

TRS decision to blame a constitutional body like Election Commission is also just unacceptable and inappreciable. None should be allowed to make such inflammatory remarks which flare up regional passions. More so, no responsible politician of Vijayashanti stature should have indulged in such emotive speeches which may ignite ‘hatred’ among two region people within the state.

The state bifurcation issue is already seized off by the Centre and the latter had constituted Justice BN Srikrishna Committee to carry out the required exercise. Why then make such inflammatory remarks? 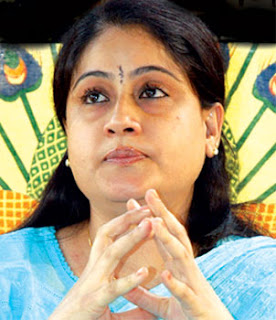 I, as a political analyst, feel there is no reason for the TRS to point accusing fingers at the state unit Election Commissioner IV Subba Rao. 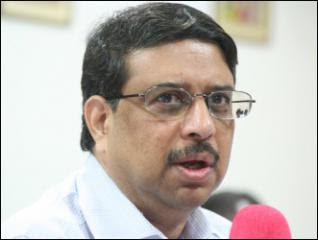 The TRS MP’s arrest was following a sue motto case filed by the police themselves. If one has to believe the conflicting reports appearing either in news papers or presented in visual media, the case was registered on a complaint from an Inspector or constable. And, Subba Rao had already clarified this. He said the EC had nothing to do with the police case or her arrest. And, the EC had only slapped show cause after examining the video-clips of her speech at the party meeting.

In fact, Vijayashanti was charged under under IPC sections 153-A (Promoting enmity between different groups on grounds of religion, race, place of birth and residence) and 505(2) (Statements creating or promoting enmity, ill-will or hatred between classes). If the TRS has to blame, it has to the city police who booked the case. Why drag the Election Commission, which has nothing to do with the arrest of their MP?

I, for one feel, Subba Rao had rightly so issued the show cause notice based on the conclusion he arrived at after going throw the video-clips he gathered over her alleged inflammatory remarks made at a party meeting on the eve of by-polls. By issuing such a show cause notice, the EC only wanted to restrain all political parties which are partaking in the by-elections to restrain from indulging in such acts. 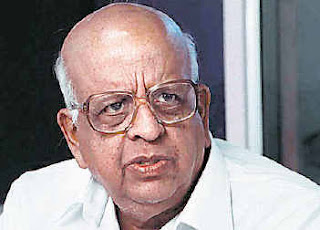 Similar initiatives by the then Chief Election Commissioner T N Seshan indeed brought more than semblance of discipline in conducting elections in the country. His bold, though harsh initiatives, to larger extent prevented people with criminal background from contesting polls. His electoral reforms also put some sort of ‘cap’ on election spending by contesting candidates. That too exceeded his brief and had to face the flak of apex court is another story. Yet, post-Seshan general elections held in the country continue to haunt his reforms fear.

In that back ground, one should view the EC decision in right perspective. It was only to discipline, if not caution, volatile politicians like Vijayashanti restraining from enacting the same in future. Had Subba Rao not slapped such a show cause notice, the police would not have taken action against Congress MLA Turpu Jaya Prakash Reddy. He too was arrested for similar remarks, which led to vitiate peaceful conduct of polls, akin to TRS MP Vijayashanti’s and let him off later.

Although, I find fault with TRS decision to blame the EC, I welcome their move to file a complaint with the same EC for taking action against none other the Pradesh Congress chief and party nominee from Nizamabad (urban) assembly constituency, D Srinivas, for violating the election code. The PCC Chief apparently sought votes on behalf of his caste and region, which certainly attracts action from the EC.

While appealing to all political parties to follow the election code to ensure peaceful conduct of by-elections to 12 assembly constituencies later this month, I also wish the Election Commission too apply the same yard stick that it has applied while slapping the show cause notice on TRS MP, even in case of the PCC Chief. By doing so, the EC not only disprove its ‘impartial’ (or unbiased) role in conducting free and fair polls.

I have full confidence in the EC as he received accolades for conducting free and fair polls (general elections) not so long ago. One just cannot forget that it was he who was instrumental in replacing the then state police chief SSP Yadav for the latter’s remarks at an official meeting.(04-07-2010 )

Dear sir, You are hundred percent right in welcoming the decision of EC Subbarao garu.
"In fact, Vijayashanti was charged under under IPC sections 153-A (Promoting enmity between different groups on grounds of religion, race, place of birth and residence) and 505(2) (Statements creating or promoting enmity, ill-will or hatred between classes)." yes sir you r right. This is like a madness on the part of Telangana so called leaders for making everything an issue. God knows when their brains work properly again.

Dear Sri Ramana garu
Thanks for the same.
I take this opportunity to inform you that I am leaving for USA on 8th of this month (tomorrow) along with my wife to join my son's family at Seattle. We will be returning on 24th September,2010.
With best regards'
Bhandaru Srinivas Rao