Will major political parties like the ruling Congress and its arch rival Telugu Desam dare field candidates in the forthcoming by-elections to 12 assembly constituencies for which elections necessitated due to the resignation of 10 Telangana legislators and one each of PRP and BJP protesting against the delay in bifurcation of separate statehood for Telangana? 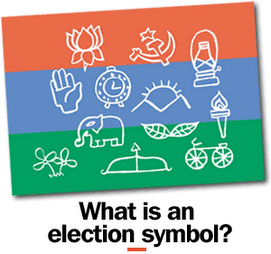 Though the Election Commission is yet to issue notification, the debate is on for and against to field candidates in both these major political parties. Contrary to this, the TRS- whose legislators, resigned en masse soon after the Centre announced its decision to constitute Justice Srikrishna Committee to elicit views of all stake holders, it is yet to decide whether to contest by polls at all or not. A section within TRS is of the firm view by boycotting the polls by not fielding its nominees in the by polls only help strengthen the cause, rather contest to win or lose. Such a bold initiative indeed will throw up an interesting debate that ever witness in Indian political arena. And such a conscious decision is within the purview of Indian democratic process as every Indian enshrined with right to vote or not be taken according to his conscience. No where the Constitution is rude to say that every Indian should (read must) take part in any election.

Well, the democratic process can not be stopped there, if the TRS so desires to boycott polls. If any other political party willing to contest, they can do so! Yet, by not contesting polls, the TRS will certainly send right signals about its commitment towards the cause for which the party was formed.

But, within that party, some feel that none of the Opposition should field their nominees against those who resigned earlier and enter by polls fray. Well, it may sound good, but how far the two major stakeholders in state politics – nationalist Congress and regional party like Telugu Desam – let such golden opportunity go waste. In both the past two by-elections since 2004 clearly indicate the Congress and TDP as major benefactors at the expense of TRS.

But, what will happen, if the Congress and TDP, for some reason decide not to field their official nominees? Still none can stop those aspiring to enter the fray as independents even in case those who resigned re-enter the fray.

To me it appears that no party which believes in democracy dare lose the opportunity they get in the form of elections. It will be foolish to think that the Congress and TDP will not field their official nominees. Now, one has to wait and see how shrewd TRS founder president K Chandrasekhara Rao will act. Though, he and his party supporters held out veil threats to their opponents of dire consequences if they enter the electoral fray, yet they cannot prevent them to do so.

It appears that it is TRS which will be risking more than its rivals contesting polls. Simply because, TRS is being put to test time and again to prove their claim that Telangana sentiment exists and strong. But, past experiences clearly show that it failed to prove beyond a point as it could not ensure all its nominees who contested win hands down. Many may argue that an election should not be used as a yard stick to pass on judgment on strong sentiment which prevails in several parts of the region. But, TRS baiters ponder, if the sentiment is so strong, then why the party failed to convert them into votes in elections. Neither TRS chief nor its ideologues able to give a convincing answer to this pertinent question.

In that backdrop, it would be wise for the TRS not to field its nominees in the by polls and instead concentrate on spearheading the movement. Of course, the danger of that party being branded as ‘radical’ outfit cannot be ruled out. Already, the Congress MP, Lagadapati Rajagopal, had already petitioned with the Election Commission demanding why not derecognize the party, which whipping up regional passions, especially threatening of a ‘civil war.’ (03-05-2010)